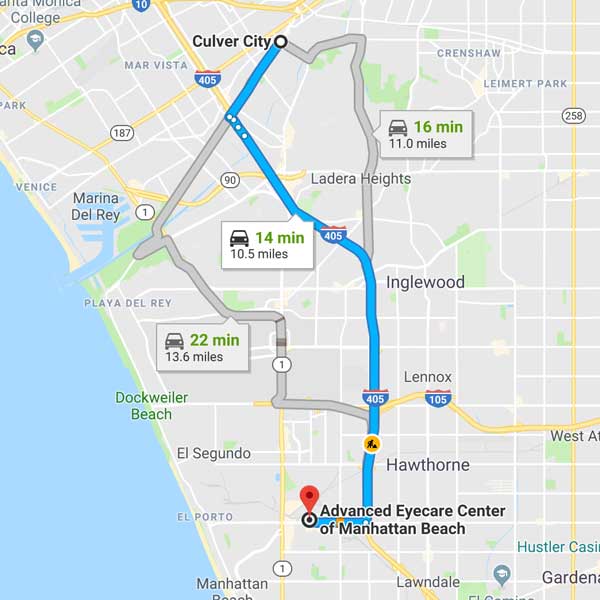 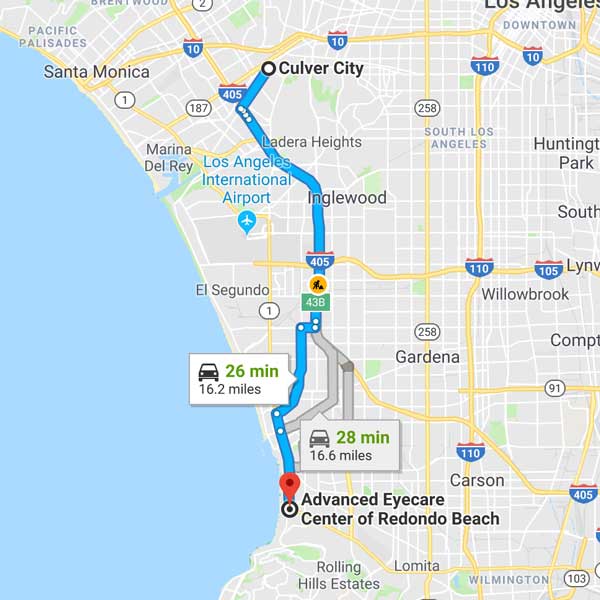 We Are Located Near Culver City, CA

Culver City is in Los Angeles County and founded by Harry Culver. It has been a center for motion picture productions since the 1920s. It was the headquarters for the Hughes Aircraft Company and the NFL Network studio is based in the city.

Culver City was inhabited by Native Americans since 8,000 BC, and Harry Culver established the city in 1917. The city was one of the all-white planned communities around Las Vegas.

An interesting fact about Culver City is that the cast members of the Wizard of Oz stayed at the Culver Hotel during their filming in 1939. The city has many museums, parks, and local landmarks as well.

Perhaps you have DES (dry eye syndrome). The long and short of it is we have a revolutionary new treatment for safe and effective treatment. Want to learn more? Visit our dry eye page.

Dr. Michael Hansen and Dr. Nicole Kohan have a wide-ranging skillset and have served many diverse patient constituencies. Check out their biographies here. Visit Our Eye Doctors

We fit contact lenses for patients of all ages and even the hardest to fit patients.